Forwarder Mail direct provides the ultimate ecommerce marketing solution
for those who wish to advertise their product to the Freight Forwarding Community...

Real-time reports and analytics at your fingertips

Managing and monitoring the success of your email campaigns has never been easier, through our easy to navigate Reporting dashboard. Review all aspects of your campaigns from one place within the system, including opens, clicks, delivery, engagements or bounce rate, everything your need is at your fingertips... 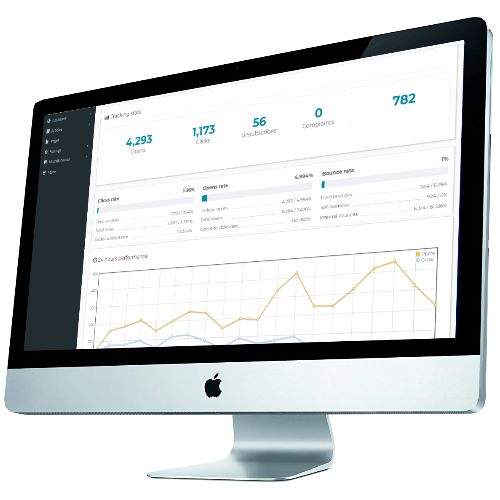 Understand how your campaigns have performed in just a few minutes including opens, clicks, delivery, engagements or bounce rate...

See which links have been clicked on and how many...

See all in and outs about Unique clicks - Total clicks - Clicks to opens rate - Click through rate - Unique opens - Total opens – and Opens to clicks rate...

Using the data to increase results

From product trends, to popular content you are able to focus your time and efforts on the positive outcomes of your marketing...

Is email marketing ‘on the way out’ and social media where we should now be investing?

Email hasn’t been killed off by social media. And, it’s still maintaining its post recessionary position as the most measurable marketing channel. To put this into perspective, let the numbers do the talking; There are currently 3.2 billion active email accounts globally, and this figure is still growing. In comparison, there are currently 750 million Facebook accounts and 300 million accounts on Twitter. The average person receives approximately 64.8 emails a day, compared to 0.08 on Facebook and 0.47 tweets. So, it’s fair to say that, while social media certainly has revolutionised modern day communication, it certainly isn’t the huge threat to email that some are making out. And, for an online business, social media is far from being a lucrative sales channel. Email has been described as the ‘workhorse’ of marketing and that’s exactly what it is.

What’s the point of email marketing?

Email marketing is a way of reaching many people at once in order to encourage them to do business with you. However, it’s important that email marketers keep their end goals in mind, and execute their strategy in a way that leads subscribers to willingly complete a desired action. This approach builds audience trust through emails that are valuable and entertaining for the reader, thus increasing the sender’s credibility and getting that sender closer to their desired goal.

How often should I send emails to my customers?

The jury is not as undecided on this as they are on the best time and day to send emails. The optimal frequency to contact your customers is one time a month. This is the frequency we use for our customers, and our clients see great results with a twice-a-month schedule. Once a month is fine for keeping your name in front of someone. Two-three times a month leaves enough time in between emails so you don’t become a nuisance. Obviously, four times a month gets you to a weekly consistency.

How many companies do we reach with a FMD marketing campaign?

Your campaign will be sent to 40,000 freight forwarding companies, alltogether 93,000 email addresses.